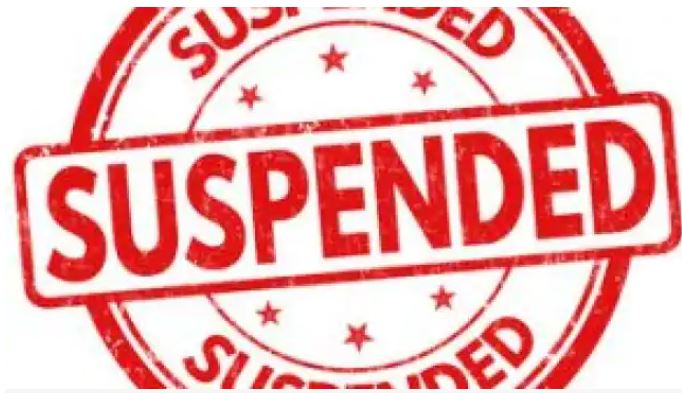 On Sunday, the Range IG of Suri, Hariram Singh of the besieged Ahiapur police station, has been suspended by the IG in Muzaffarpur, Bihar. Besides, permission has also been given to conduct departmental proceedings. Daroga has been accused of demanding a bribe of 50 thousand rupees to remove the section of Arms Act in a case. Its audio went viral. The IG got it investigated. Initial investigation found the matter to be true.

IG Ganesh Kumar said that on April 25, 2020, Ranjan Kumar of Sahabajpur had a case at Ahiyapur police station. Seven were named in this and 25 were accused. He was accused of looting and looting wheat worth 14 thousand rupees on the basis of weapons. It was being investigated by Daroga Hareram Singh.

During the investigation, the accused had demanded Rs 50,000 for the removal of the Arms Act and other sections. He was also threatened to be sent to jail without investigation for not giving money. Its audio went viral. Also, his case diaries were not submitted in the court. The entire case was investigated by the SSP. Based on his report, the inspector has been suspended.