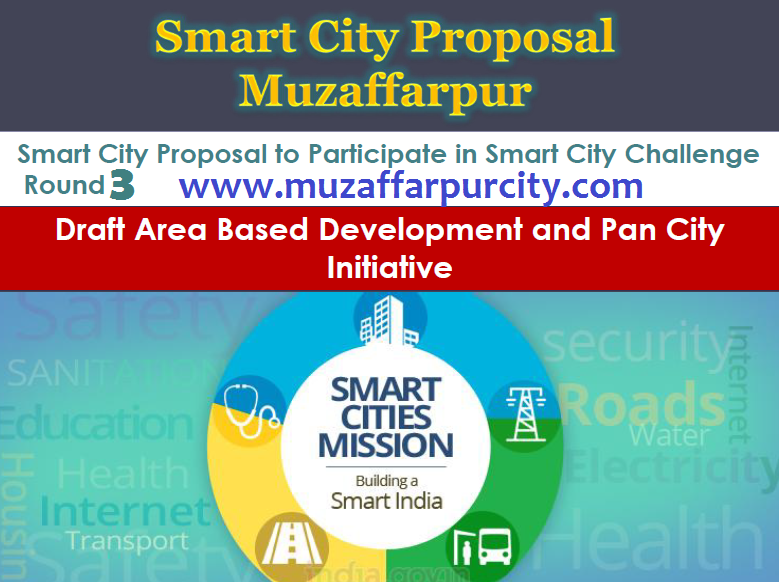 A Chance to be Smart City

We have got the Third Chance to prove ourself as a Smart City so, this time we should not fail : So, Muzaffarpurcity.com urge every one to participate and put your comments in the section on the link :

Muzaffarpur is known as the capital of North Bihar and its strengths include its regional connectivity and locational advantage, and it’s functioning as a hub for distribution and processing of the regional agri-horticulture produce. There was a clear expectation from the citizens that these advantages should be leveraged to facilitate new businesses and innovative ancillary industries that provided local employment opportunities. However, Muzaffarpur is plagued by water logging, congestion, neglected natural assets like the river and lake, lack of public spaces and rising crime.

In the last 3 years, some of the noteworthy initiatives at city level under implementation include increase in energy availability and reduction in outages; improvements in transport through widening of roads, anti- encroachment drives, preparation of traffic management plan for CBD; augmenting security through installation of centrally monitored CCTV cameras at all major junctions. Improvements have been noted in basic infrastructure especially solid waste management that resulted in the city being ranked 1st in Bihar in SBM rankings and sanctioning of a water supply project. Muzaffarpur has achieved the distinction of being the highest collector if property tax in the state.

The city of Muzaffarpur has envisioned itself to become a “Smart City with a dual purpose: A safe and sustainable city with engaged citizens and an accountable government delivering effective basic services, preserving natural assets, encouraging businesses and providing opportunities of economic, social, and individual growth to all its residents”. The city also seeks to be “A driver of the regional economy, smartly positioning itself as the well-connected urban node for (i) regional food production and distribution systems (ii) trading hub and (iii) rural and cultural tourism, creating model of balanced regional development”. The proposal comprises of interventions at an area level and pan city level selected by the city through various and extensive consultative processes to ensure consensus.

The recent most (Stage-II) proposal is being uploaded here for citizen consultation. Citizens of Muzaffarpur are requested to go through the various contours of Smart City proposal (Stage-II) and submit their valuable suggestions. Click here to read the Smart City Proposal.