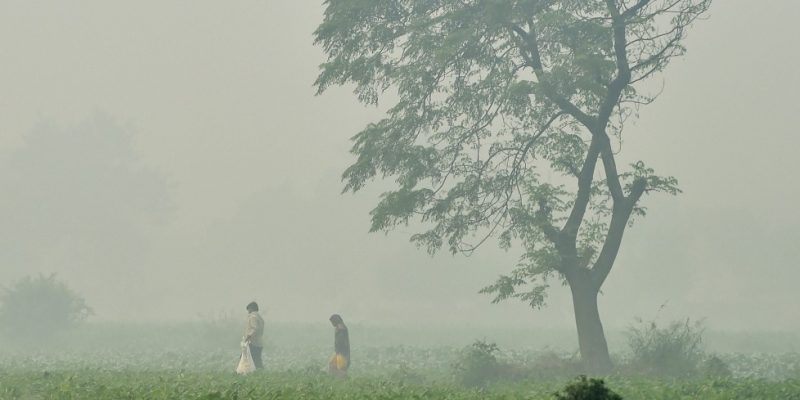 Problems of breathing patients will increase..!!!

The AQI of Muzaffarpur came under “very poor” category, which can lead to respiratory illness on prolonged exposure.
PM 2.5 or particulate matter less than 2.5 microns, which can invade lungs and even cause cancer, have been found to be the biggest contributor to the poor air quality in Muzaffarpur.
Officials at Bihar State Pollution Control Board (BSPCB) attributed the plunge in air quality to decrease in temperature. “The decreasing temperature is creating thermal inversion, which is not allowing the pollutants to escape in the upper layer of atmosphere. The AQI also depends on wind speed. Higher wind speed can disburse the pollutants,” BSPCB public relations officer Birendra Kumar said.
Experts in Muzaffarpur attributed the reason for very poor air quality in the town to use of kerosene-operated diesel generator sets and lamps. “One litre kerosene produces nearly 2.5kg of polluting gases. Most houses in Muzaffarpur are being lit by electricity generated by the kerosene-operated diesel generators in case of power cuts. Even the industrial units at Bela in the town are being operated by these generator sets. These are the reasons behind such a high level pollution,” said Sushil Kumar, teacher at government polytechnic college, Muzaffarpur. Meanwhile, Bihar State Pollution Control Board (BSPCB) issued an order for closure of 22 industrial units located either in the industrial areas or other places of the town.
Medical experts expressed their concern over the high level of pollution in the town. Civil surgeon-cum-chief medical officer of the Sadar hospital of Muzaffarpur Dr S P Singh said, “More than 35,000 people have been diagnosed with respiratory or throat problems, while 50,000 people have so far visited different government hospitals with skin diseases from January 1, 2018 to October 31 this year.