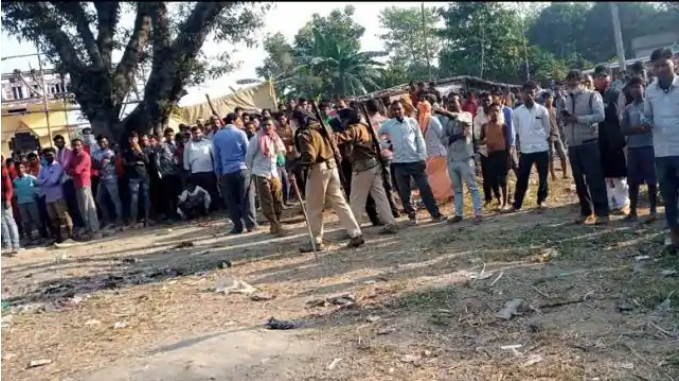 The dreaded leopard was finally caught in Motihari district of Bihar after fourteen hours of hard work. The rescue team from the Valmikinagar Tiger Reserve caught the leopard unconscious. The leopard had terrorized at the Mosquito of Kotwa police station since Saturday morning. The leopard attacked three people, including a baby girl, and seriously injured them.

In relation to the incident, the injured Buchha Manjhi told that there is a bush next to the house. Went to cut the moon there. In the meantime, suddenly an animal came out of the bush and attacked it. Somehow saved his life, ran away from there. After this incident, a crowd of villagers gathered. Meanwhile, the leopard attacked rural Basath Paswan and severely injured his arm. Seeing the crowd of villagers, the leopard again hid in the bush. The leopard-hide game continued throughout the day.

Police chief Rajiv Kumar, CO Indrasan Sah and forest department official Vinod Kumar Singh reached the spot on the information of leopard in the village. During this time, the leopard entered a house and was kept locked in the house. The villagers were quite frightened by the leopard’s arrival in the village. Police chief Rajiv Kumar said that the injured have been treated at the local level.