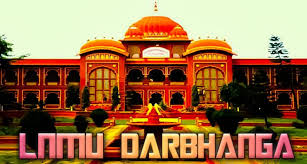 Lalit Narayan Mithila University has started the process of budgeting for the financial year 2021-22. In the light of the letter received from Dr. Rekha Kumari, Director of Higher Education Department of the State Government, the Finance Officer has sent a letter to the Principal of all the affiliated colleges, Heads of University and Directors of Institutes operating under the self-financing scheme, preparing the budget in the form sent last year and its soft Instructions have been given to make copy and hard copy available to Finance Branch.Apart from the heads of university departments and principals of colleges, the institutes to which letters have been sent include Directorate of Distance Education, Institute of Women Technology, Department of Business and Management, Department of Library and Information Sciences, Institute of Foreign Languages, Department of Biotechnology, Diploma in Yoga, Music and Natya The department consists of various disciplines handled in self-financing form, IGG, Nanotechnology, MKSM Chair and Journalism Department. The Finance Officer has attached the letter of the Director of Higher Education with his letter and asked to make the budget as per his instructions. It has also been said that 33 percent of dearness allowance and three percent annual budget is to be made from July 2020. Apart from this, it has been asked to send the return of the presumptive claim in the outstanding Vetnadi item along with the form sent in the previous year.

Ironically, in a letter sent on 21 October, the Director of Higher Education had directed the university to make it available to the Education Department by 31 October, after getting the budget approved by the Finance Committee, Syndicate and Senate. Also, hard copy and soft copy of the budget were asked to be submitted simultaneously. It is known that the process of calling a Senate meeting is very long.