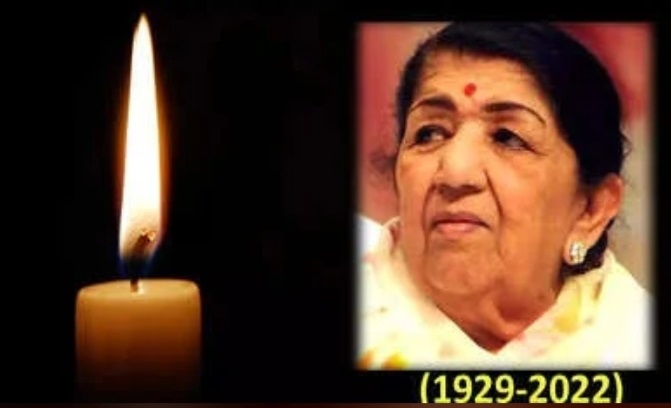 Lata Mangeshkar, known as the ‘Nightingale of India’, is one of the most versatile singers in the Indian film industry. Lata was born on September 28, 1929, to classical singer and theatre artist Pandit Deenanath Mangeshkar and Shevanti in Indore, Madhya Pradesh. She is the eldest of her four siblings, Meena, Asha Bhosle, Usha and Hridaynath Mangeshkar. Lata Mangeshkar started her singing career at the age of 13 with Marathi movie ‘Pahili Mangalaagaur’ in 1942.

One of her first major hits was “Aayega Aanewaala,” a song from the 1949 film ‘Mahal,’ lip-synced on screen by the late actress Madhubala. Mangeshkar was only 20-years-old when she became the most sought after playback voice in the Hindi film industry. A decade later she sang the soulful number, Aaja Re Pardesi for Bimal Roy’s 1958 reincarnation saga ‘Madhumati’ which starred Vyjayanthimala in the lead. K Asif’s magnum opus ‘Mughal-E-Azam’ which released in 1960 featured, Pyar Kiya To Darna Kya. While Madhubala conveyed the defiant Anarkali’s emotions, it was Mangeshkar’s voice which depicted the passion and rebellion. The same year also saw the release of the evergreen number, Ajeeb Dataan Hai… Be it Piya Tose Naina Lage Re, from the Waheeda Rahman starrer ‘Guide’ which released in 1965 or Hothon Pe Aisi Baat, featuring Vyjayanthimala, Mangeshkar lent her voice to every leading lady of the 1950s and the 60, the period considered to be the golden era of Hindi cinema. Mangehskar was known for classical, folksy and even haunting numbers. But she surprised her fans when she sang Baahon Main Chele Aao, a sensual number from the 1972 film ‘Anamika’ composed by R D Burman. The same year also saw the release of Kamal Amrohi’s ‘Pakeezah’.

As the lyrics suggest Mangeshkar’s voice is what gave her identity and still does. While the 80s saw Mangehskar deliver one hit after another, the 1990s saw the singer collaborate with her brother Hridaynath Mangeshkar for Gulzar’s ‘Lekin’. This haunting song, Yaara Sili Sili won Mangeshkar her third National Award in the Best Female Playback singer category. While Lata Mangeshkar can evoke every emotion with effortless ease with her velvety voice, few can evoke the patriotic fervour as effectively as her. Aye Mere Watan Ke Logon, the song which commemorated Indian soldiers who laid down their lives during the Sino-Indian war is believed to have reduced late Prime Minister Jawarlal Nehru to tears. Mangeshkar has sung for almost all the Yash Chopra films including Chandni in 1989, Lamhe in 1991 Darr… 1995 film Dilwale Dulhania Le Jayenge, Dil To Pagal Hai in 1997, among others…

In the late 90’s and 2000’s Mangeshkar collaborated with AR Rahman, for hits like Dil Se, Zubeida, Lagaan and Rang De Basanti … Lata Mangeshkar has received several awards and accolades during her eight-decade-long career, including the Dadasaheb Phalke Award in 1989, India’s highest civilian honour, Bharat Ratna in 2001, three National Awards and 7 Filmfare Awards.

The Indian government honoured her with the Daughter of the Nation award on her 90th birthday in September 2019. Lata Mangeshkar’s voice has been a part of every Indian’s life for the past 8 decades. Her repertoire of work is unmatched and she is undoubtedly the golden voice of the country.