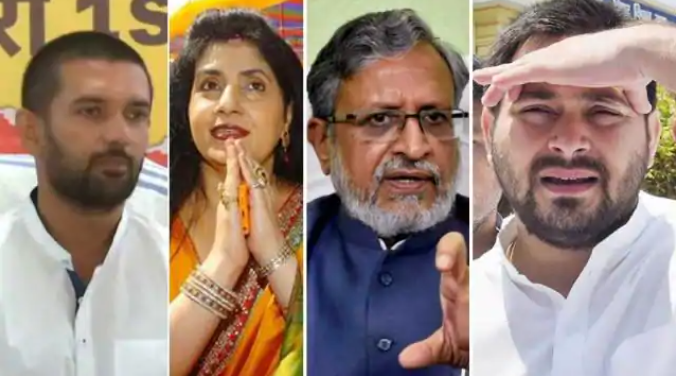 The RJD’s stance remains intact after the Bihar Assembly elections in 2020. At the same time, in the changed political situation after the death of Union Minister Ram Vilas Paswan, LJP, who won only one seat in Bihar elections, is also not in bargaining position. Meanwhile, in the by-election for the Rajya Sabha seat vacated by the death of Ram Vilas Paswan, when the BJP has announced to nominate Sushil Modi, the RJD also wants to bet on Dalits on the pretext of Reena Paswan.

In the seat vacated by the death of LJP founder and father, son and LJP president Chirag Paswan had demanded BJP to nominate their mother Reena Paswan as a candidate, but given the situation of LJP in the Bihar elections, the NDA changed the situation from Bihar to Bihar. Announced to make former Deputy Chief Minister Sushil Modi a candidate. In the changed circumstances, RJD is also not in the mood to give a walkover to the NDA candidate.

The party is trying to target Dalits on the pretext of LJP chief and Chirag Paswan’s mother Reena Paswan, playing a big bet on this seat. If the lamp is ready, the RJD is ready to bet on Reena Paswan. RJD says that this seat is of Dalit quota, on which BJP is sending a Vaishya as Sushil Modi to the upper house. However, LJP has just kept silent on this offer of RJD.