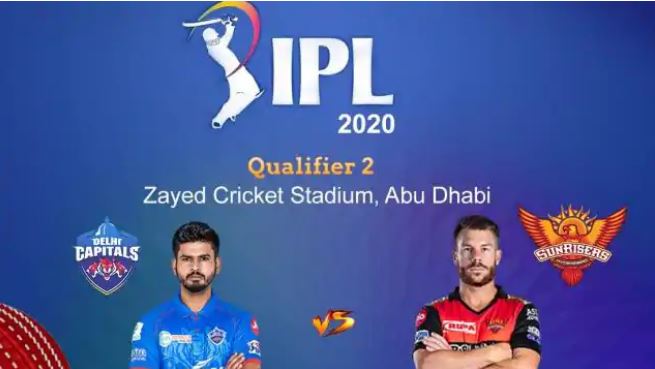 In the second qualifier match of the Indian Premier League (IPL) 2020 played in Abu Dhabi, Delhi Capitals on Sunday defeated Sunrisers Hyderabad by 17 runs to enter the final, where they will face Mumbai Indians on Tuesday. Delhi Capitals had a target of 190 runs to win, but the Sunrisers Hyderabad team could score only 172 runs after losing 8 wickets in 20 overs. Kane Williamson batted 67 runs off 45 balls for Hyderabad.

While Priyam Garg scored 17 from 12 balls, Manish Pandey scored 21 from 14 balls and Abdul Samad scored 33 from 16 balls. At the same time, Kagiso Rabada was the most successful bowler for Delhi, taking four wickets for 29 runs in 4 overs. At the same time, Marcus Stoinis sent three for 26 runs in 3 overs and Akshar Patel sent a player to the pavilion for 33 runs in four overs.

Delhi Capitals captain Shreyas Iyer won the toss against Sunrisers Hyderabad and decided to bat first and scored 189 runs losing 3 wickets in the scheduled 20 overs. Shikhar Dhawan scored the highest score of 78 runs from 50 balls for Delhi. Apart from this, Marcus Stoinis contributed 38 from 27 balls, Shreyas Iyer 21 from 20 balls and Shimron Hetmyer contributed 42 not out from 22 balls. At the same time, for Hyderabad, Sandeep Sharma, Jason Holder and Rashid Khan took one wicket each.