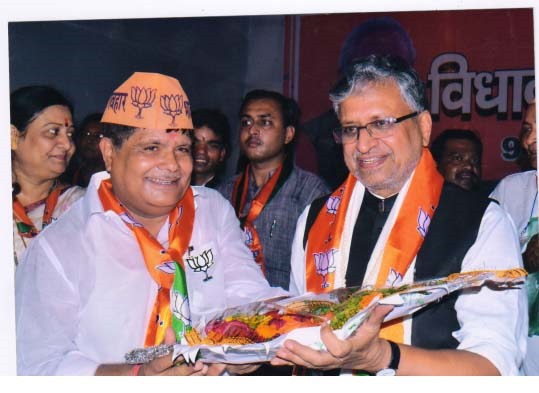 Here is the statics of the votes party wise candidates in Muzaffarpur, leading suresh sharma and trailing with Vijendar Choudhary. BJP Candidiate got 94595 votes and Bijendra Chaudhary got 65159 votes. Muzaffarpur (Vidhan Sabha constituency) (Hindi: मुजफ्फरपुर विधान सभा निर्वाचन क्षेत्र) is an assembly constituency in Muzaffarpur district in the Indian state of Bihar. In Bihar Legislative Assembly election, 2015, Muzaffarpur will be one of the 36 seats to have VVPAT enabled electronic voting machines

Primary, Middle & High School from Parsa itself i.e- Hometown. Pre-University-Rajendra College, Chapra-1965
Diploma in Automobiles from Patna Polytechnic- 1967 .Job/Service- Jr. Engineer in Bhagalpur ( Govt. of Bihar-Dam Project) Meanwhile in 1 month – was appointed by Bihar govt. for Advance Training –Hindustan Motors Ltd. –Kolkatta .After Completion of training-He wanted to become an entrepreneur. In 1967-68 he came back to Muzaffarpur from Kolkatta .Then Came the political revolution- Sri. Nanaji Deshmukh gave him the chance to share the stage of Vidyarthi Parishad, Suresh Sharma also gave speech for the first time in front of thousand people. Vidyarthi Parishad worked for the welfare of the education. Earlier In JP Andolan he has supported the revolution as a business man.