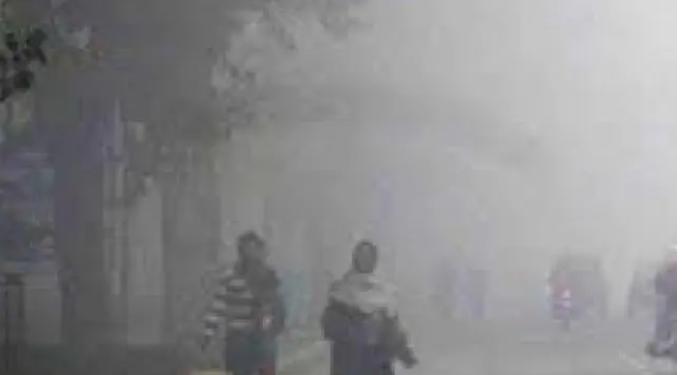 Today there will be fog and dense in the state including Patna. Humidity continues to increase with the flow of southeast winds over the lower surface of the atmosphere. Because of this, mist and fog conditions have formed in the atmosphere.

The fog deepened in most parts of the state including Patna on Monday morning. The sun came out during the day but there was no heat in the sun. Kanakani also remained due to the slow wind blowing. However, there is still southeast air flow over the lower surface of the atmosphere. Because of this, moist winds are entering the province.

The Meteorological Department says that due to this, fog conditions are expected to increase further. It can be seen in Patna and Purnia. The minimum mercury may come down further in the next 24 hours. Cold will increase at night, but daytime mercury is expected to increase.

The mercury is still above normal due to the blowing of southeast wind. Patna’s maximum mercury was one degree above normal at 26.8 degrees Celsius, while the minimum mercury was three degrees above normal at 14.4 degrees. Gaya was the coldest state across the state with mercury remaining below 10.6 degrees. Bhagalpur had a maximum of 25.5 ° C while a minimum of 14.6 ° C. Purnia recorded a maximum of 23.5 degrees Celsius and a minimum of 14.6 degrees Celsius. In Purnia, the humidity was 100 percent on Monday while in Patna the humidity was recorded at 94 percent at 8.30 am.