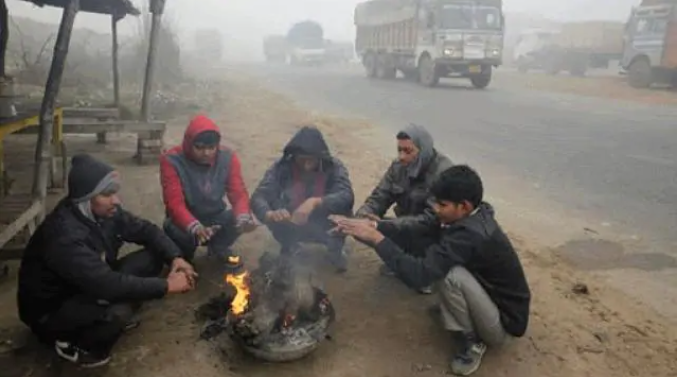 New Year will be greeted with cold in Bihar. According to the weather forecast, the effect of western disturbance is going to be seen in the next 24 hours on the weather of the state. As a result, the minimum temperature of the entire state is expected to fall by two to three degrees in the next two days.

Due to possible fall in the minimum temperature, the cold will increase on 1 January in the whole state. There will be moderate fog in different parts of the state. It will be sunny during the day but it will feel more cold at night. Meteorologists have also forecast light rain in most parts of the state on January 3. However, it will depend on the weather system over the next two days.

Before this, the situation of Kanakani in the state remains. The weather remained dry throughout the state in the last 24 hours. Light fog was seen in Patna, Gaya, Bhagalpur and Purnia. It was sunny during the day but people felt cold in the morning and evening. The maximum mercury in the state was 26 degrees Dehri while the lowest mercury was 7.1 degrees Celsius. According to weather experts, the maximum temperature of most of the cities of the state has not seen much change, whereas the minimum temperature has registered a sharp increase. This is the reason that the cold that has been falling in the night since last fortnight has come down significantly.

The mercury of major cities was like thisCity minimum maximum