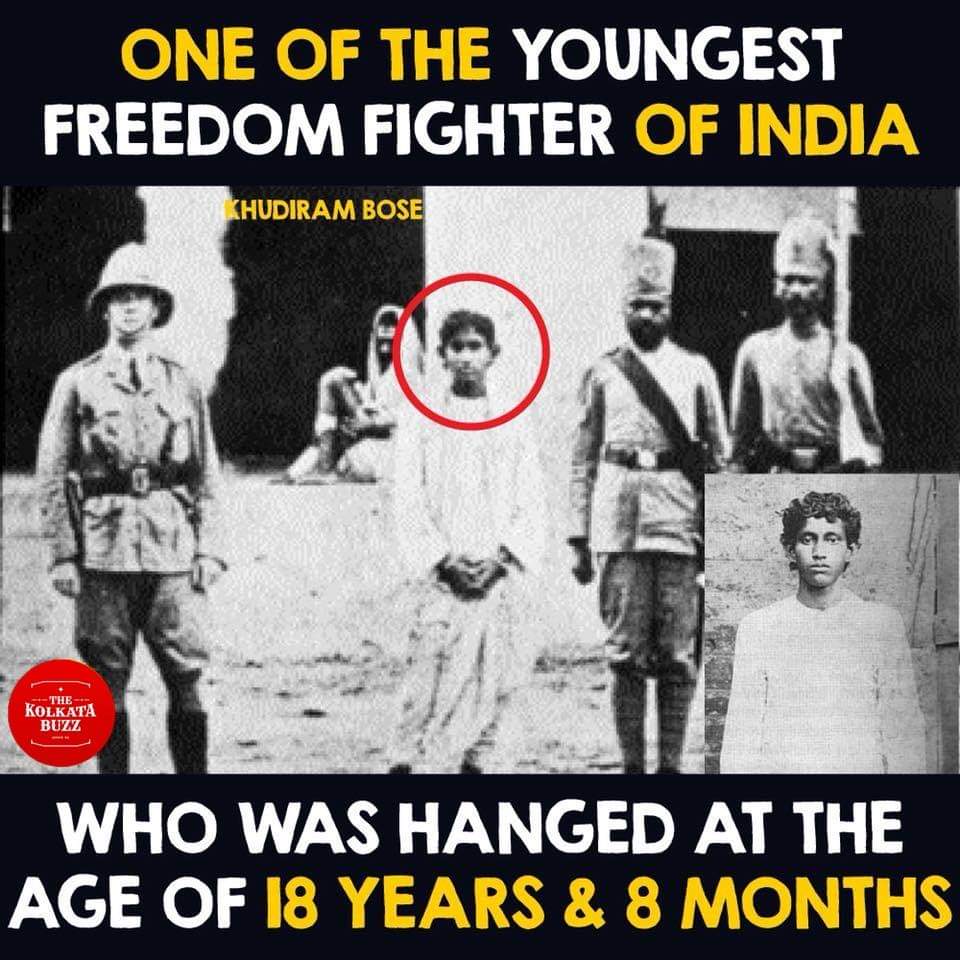 Who Died With a Smile on His Face!

A fierce revolutionary who loved his nation.For his role in the Muzaffarpur Conspiracy Case,

along with Prafulla Chaki,he was sentenced to death and subsequently executed.

Remembering a great revolutionary KhudiramBose on his Smrutidin. He was the youngest revolutionary of India who sacrificed his life. He along with Prafulla tried to assassinate a judge named Kingsford. He was hanged in Muzaffarpur jail. He was just 18 Yrs 8 mths old.