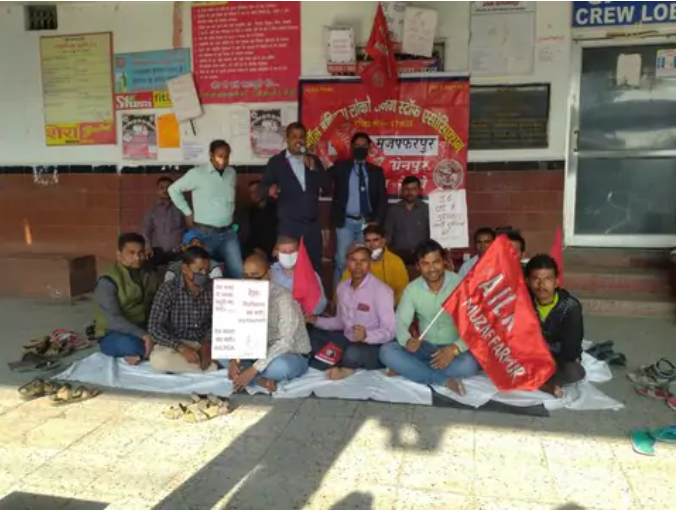 The All India Loco Running Staff Association on Monday demonstrated against the Center to protest against the privatization of railways. Raised slogans against the decision of the railway personnel government before the diesel lobby led by Comrade Ranjan Kumar. During this time, railway personnel made other demands including to stop the cut in night allowance, remove the ban on DA, stop the cut in facility pass in the name of e-pass. A letter was also sent to the DRM regarding the demands. During this, Branch President Kapil Dev Yadav appealed to make the fight of railwaymen more powerful. Divisional Minister Pinaki Nandan said that once leaders win, they take pension for years. But, in the name of NPS, the hard earned earnings of government employees are being handed over to the corporate. The current central government is working towards weakening the railways. The branch secretaries were Birjan Chaudhary, Ranjan Kumar, Ishwar Chandra Vidyasagar, Neeraj Kumar, Vinod Kumar, Babu Lal Das.