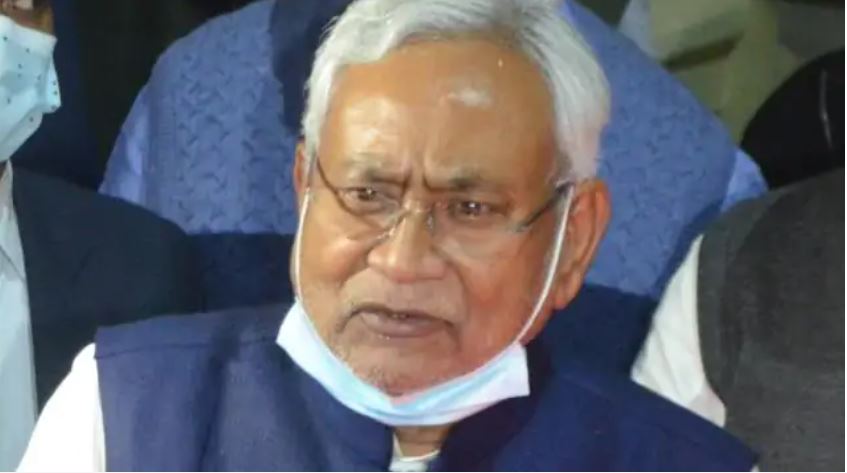 chair during the Jal Jeevan Hariyali program in the capital Patna.

Bihar Chief Minister Nitish Kumar on Tuesday left a VIP chair for himself during the Jal Jeevan Hariyali program in the capital Patna. CM asked for the smallest chair for himself. Because of this, both the deputy CM and big government officials present in the program were stunned. It is believed that after the six JDU MLAs joined the BJP in Arunachal, Nitish is sending gestures in a gesture amid speculation by the opposition about them in Bihar.

CM Nitish inaugurated the event held in Patna on Tuesday. In the program, he suddenly woke up leaving his chair. This chair was the largest and tallest among the chairs on the stage. After this CM asked for the smallest chair for himself and sat on it. The CM and the leader and officers sitting around him were finding themselves in an uncomfortable position due to sitting in the smallest chair. Significantly That this was the first time in the Corona era when under Nitish, Jeevan, Hariyali, CM Nitish attended a big government program in the convention building. Deputy CM Tar Kishore Prasad, Renu Devi, Rural Development Minister Vijay Chaudhary and Principal Secretaries of various departments were present in the program.

Despite having very few seats from BJP in Bihar, the opposition is already raising questions about Nitish Kumar becoming CM. Even many leaders from within the BJP raised questions about this. JDU is the third party in Bihar by number of forces. On the other hand, CM Nitish is constantly sending the message that he never wanted to sit on the Chief Minister’s chair. Recently, he surprised everyone by saying that I do not love the chair, I want to work. Meanwhile, Nitish’s move to leave the VIP chair at a public event on Tuesday is also being linked to his message.