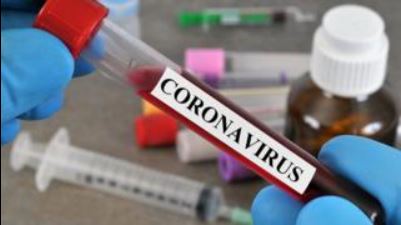 On Monday, 139 new Corona positives were found in the district. At the same time, 70 patients returned home after recovering. Samples of those who come in contact with the infected will be collected. ACMO Dr. Vinay Kumar Sharma said that the scope of sample investigation has been extended. Samples of 2015 people were collected under this. Gradually this number will increase and it will be done up to three thousand. In the Containment Zone, people are being identified through ASHA and Anganwadi. From here the team is collecting their samples. Specimen of pregnant taken in Motipur The samples of 114 pregnant were collected at Motipur PHC under the supervision of Saurabh Tiwari, District Coordinator of Care India. The Corona investigation was also reviewed there. Samples will be taken of those living in the containment zone, aged, sick, pregnant, with corona symptoms and who have come in contact with the infected.

Containment zone will be removed if not infected..!!

Containment zone will be monitored for 14 days after the last infection is found. If no infected is found there for 14 days, then the containment zone will be removed. If an infected person is found after the completion of 13 days, then this cycle will again be 14 days. District control room in-charge Dr CK Das said that 126 positives were found on Monday. At the same time, 70 people became healthy.

On Monday, 88 people were coronated at Gandhi Chowk Seal Sahebganj PHC, six positives in Sahebganj, in which 6 people were found infected. Four of them are residents of Sahebganj main market, 1 Baidyanathpur and 1 Madhopur Hazari. The number of corona-infected patients has increased to 16 in Sahebganj main market, causing panic among people. Here, after the number of corona infected near the main market at Gandhi Chowk at 12, the administration sealed it for 14 days by applying a bass-bat as a hot spot.