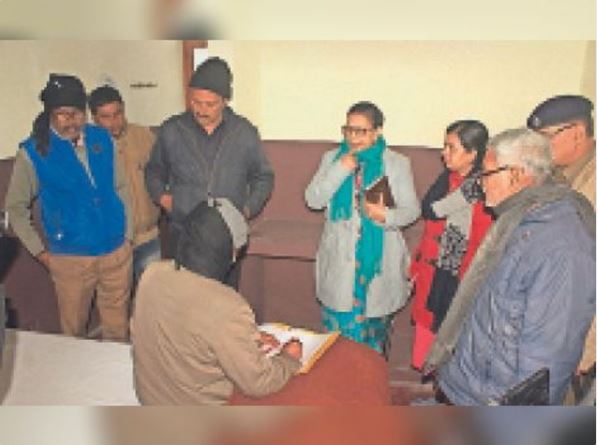 in presence of Polish and Magistrate

The city commissioner directed to dismiss the agreement and seal it8 tractor luggage of the hotel also seized amid deployment of 40 police personnel along with administrative officialsHere, the hotel operator called the action unilateral, saying that the Municipal Corporation will have to answer it in the court

After an exercise that has been going on for the last one month, the corporation administration on Friday emptied and locked the hotel Siddharth at the main gate of the Municipal Corporation office. 40 policemen were deployed to vacate the hotel of a close relative of the former municipal administrator.

In 6 hours of action, the corporation administration has seized 19 locks in the hotel by seizing 7 tractors and hotel goods in An-407. There is a plan to open an account of corporation personnel in the hotel further. There was a long-running dispute over the fare of the corporation and the operator of Hotel Siddharth located on the first floor in the gate and station road of the Corporation office.

On 6 January, Municipal Commissioner Vivek Ranjan Maitreya issued a notice to the hotel operator Sridhar Kumar Verma, canceling the agreement with effect from the year 1999 and issued notice to vacate the hotel within 15 days.

After the end of the scheduled period on January 22, again on January 25, a notice was issued warning to vacate the hotel within 24 hours. Between the deployment of the police, there was an exercise to evacuate the hotel from 11 am to 4 pm on Friday morning. The entire process was also videographed by the corporation administration and hotel operator.

The case was going on in the agreement court in 1999