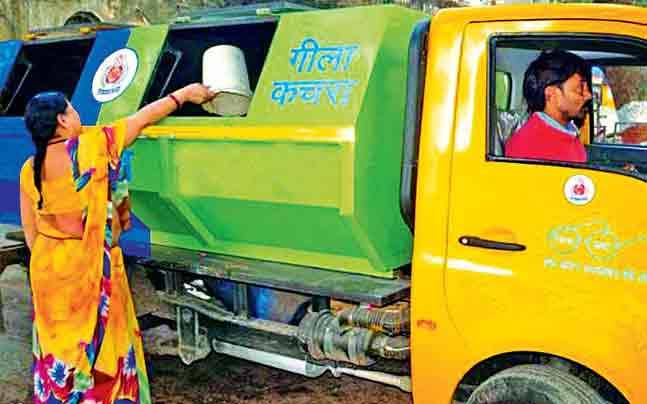 Under the Swachh Bharat Mission, the Municipal Corporation will start charging user charges after better cleanliness in the city and door-to-door garbage collection starts in all areas. After this system is started, fines will have to be paid for throwing garbage on the road and public places. Mayor Suresh Kumar and Municipal Commissioner Vivek Ranjan Maitreya discussed this with the officials on Tuesday. When the user charge will be charged, the date has not been decided yet. However, recovery is likely to begin from March.

Municipal Commissioner Vivek Ranjan Maitreya said that when the user charge will be taken, a decision will be taken soon. We do not want to put any extra burden on the citizens. Actually, it is mandatory to take user charge under Swachh Bharat Mission. This decision was taken in 2017 itself. How much to charge and from whom to collect the fine is already decided.

The city may be deprived of many funds if it lags behind the competition of Swachh Bharat Mission. Door to door garbage collection is not being done in all the wards in Muzaffarpur. Probably 28 new auto tippers will be available by 26 January and this facility will be started in all wards. Each ward will have two volunteers and driver deployment. They will dress in corporation dress. It will all be out sourced. The dustbin that was distributed 4 years ago has been broken. They will also be purchased with the consent of the board. Other cleaning equipment has been purchased at a cost of Rs 4 crore. Additional Municipal Commissioner Vishal Anand, Suburb Commissioner Heera Kumari, City Manager Omprakash etc. were present in the meeting.