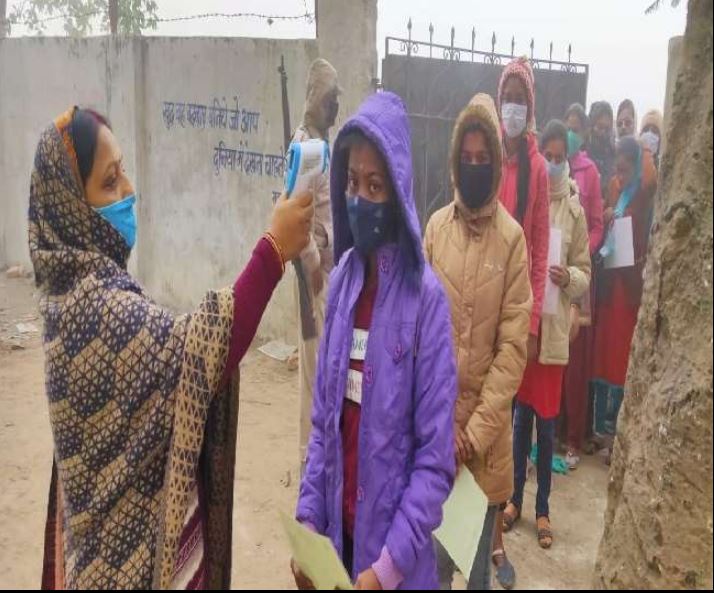 Amidst the cold and thick fog of the morning, the candidates started coming to the examination centers for the inter examination. Examiners were searched at all 62 centers in the district before admission. Also, before the commencement of the examination, the teachers also gave an affidavit that all the candidates have been searched by them and no one has any other equipment or paper other than the admit card and pen. Thermal screening of candidates was done as per the guidelines issued by the government to avoid corona infection at the centers. Centers where students did not apply masks were provided with masks. In Pali Pali, the examinees will test a lot. At the same time, political science examination will be conducted in the second shift.

In the first shift, Inter examination started with Physics. Examiners were admitted by 9:20 in the morning. After this, the main gate was closed. However, due to the jam and other reasons, the administration had appealed to the candidates to leave the house 1 hour ago, to see that the candidates had reached the access center from the time center. Within the center, the examiners are giving a physics exam, while outside the parents standing amidst the fog and the freezing cold are testing their patience.

Chocolate was given to the girl students at the Adarsh ​​centers built at RBBM College, MDDM College, Prabhat Tara CBSE School and Indraprastha School. Also several round gates including pink balloon and carpet were built. This showed a lot of enthusiasm among the candidates.