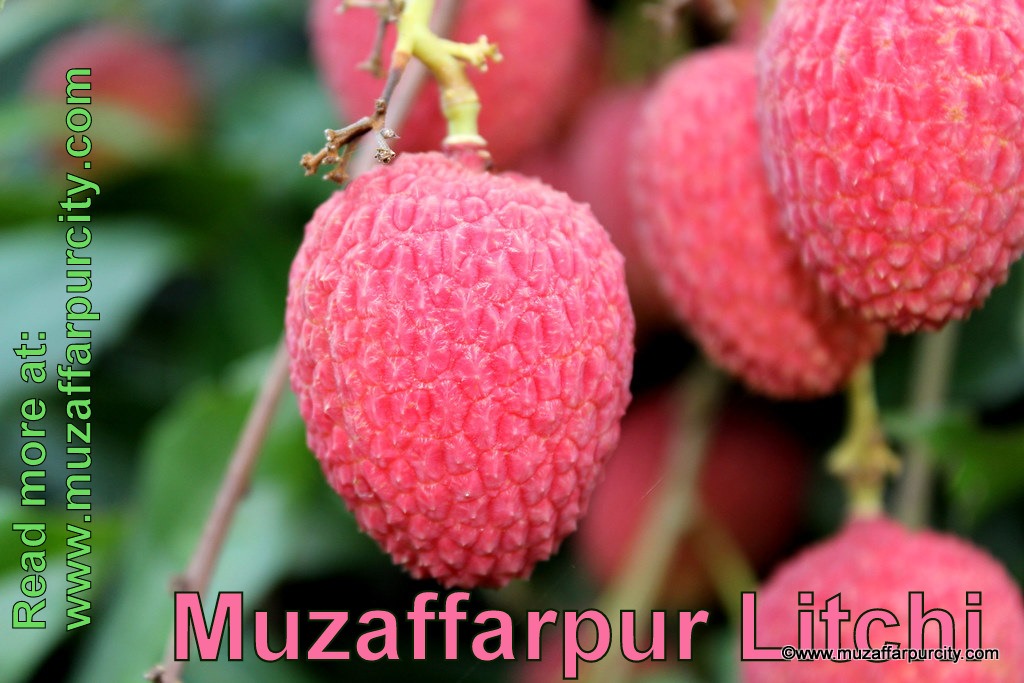 MUZAFFARPUR is famous all over the

world for the  SHAHI LITCHI which is grown here.

MUZAFFARPUR”S recorder history dates back to the rise of VAJJI republic, a confederation of eight clans of which the LICHHAVIS where the most powerful and influential. The unity among the LICHHAVIS was so strong that the royalty of even the powerful kingdom of MAGADH had to go for matrimonial alliances with members of the LICHHAVIS clans in 519BC.

Besides being a seat of one the oldest republics of the world, MUZAFFARPUR is also believed by some JAINS to be the birthplace of Lord MAHAVIRA, the 24th JAIN TRITHANKAR. Also this is the place where GAUTAM BUDDHA delivered his first sermon after attaining enlightenment at BODH GAYA. Lord MAHAVIRA and BUDDHA were contemporaries.

The birthplace of Lord MAHAVIRA at BASO KUND under the SARAIYA block of MUZAFFARPUR district has a full -fledged PRAKRIT institute which attracts visitors, mainly followers of JAINISM, from abroad. AMBARATI, which is believed to be the village home of AMRAPALI, the famous court dancer of VAISHALI, also attracts many. It is 40 km away from MUZAFFARPUR town.

MUZAFFARPUR also boats of having maintained communal harmony since the medieval period. Not a single HINDU-MUSLIM riot has ever taken place in MUZAFFARPUR.

The place is also associated with the first bomb exploded during INDIA”S freedom movement . The bomb was exploded by a young revolutionary from BENGAL, KHUDIRAM BOSE, all of 18 years, with the help of his companion PRAFULLA CHANDRA CHAKI. KHUDIRAM threw the bomb at the horse driven carriage of PRINGLE KENNEDY, mistaking him for MUZAFFARPUR”S district Judge. KHUDIRAM was captured near the PUSA Road railway station and subsequently hanged to death in the MUZAFFARPUR jail. Post freedom, the railway station and the jail have been named after KHUDIRAM.

MUZAFFARPUR is famous all over the world for the SAHI LITCHI grown here. It is because of the unique soil in BACHAHA and MUSHAHARI block of the district that SAHI LITCHI has a scent and sweetness which is not found in any other variety of the fruit.
WHAT TO LOOK FOR ?

LITCHI gardens of BOCHAHA, JHAPAHA and MUSHAHARI from the first week if April to the second week of May. They are located in a radius of five to seven km from MUZAFFARPUR.JUBBA SAHNI PARK, GANDHI KOOM on LS College campus, KAMAL SHAH MAZZAR in PURANI BAZZAR, GARIB STHAN MANDIR, RAMNA DEVI MANDIR and BAGLAMUKHI MANDIR in KACHHISARAI, all in MUZAFFARPUR town, are also worth seeing.

Once can also visit the National LITCHI Research Centre at RAHUA, five km from MUZAFFARPUR town to know more about LITCHI.HOW TO REACH ?Nearest Airport- PATNA The distance between MUZAFFARPUR and PATNA is 60 km, and one take a bus or hire a taxi from PATNA to reach MUZAFFARPUR.