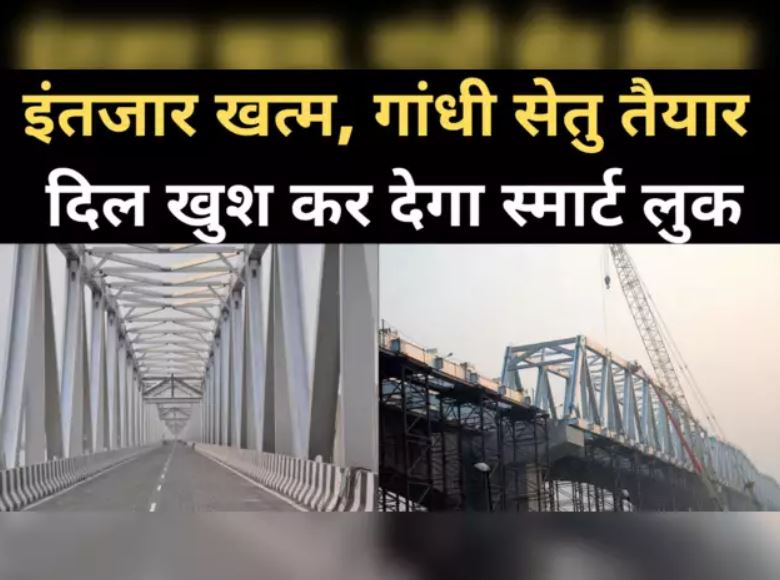 Bihar Chief Minister Nitish Kumar will give a big gift to Bihar on 13 August. Nitish will inaugurate and lay the foundation stone for about 50 roads and bridges. This will benefit many districts including the capital Patna. Let’s see which are those districts.

Bihar will get good news on August 13
Highlights

Bihar is going to get 50 new roads and bridges in the Corona period. These are in different districts of Bihar. Chief Minister Nitish Kumar will present the gift to Bihar through an inaugural program. All these projects are worth about 1500 crores. Three projects are quite big in this.

Inauguration will be on August 13

On August 13, CM Nitish Kumar will inaugurate and lay the foundation stone for about 50 road and bridge projects costing around Rs 1500 crore. These include three major projects, the first one being the Bangra Ghat Bridge on the Gandak River, the Dumri-Sarmera road SH-78 and a ROB on State Highway 83 in Warisleiganj. According to government sources, the Bangra Ghat bridge was already included in the ambitious plans for the Gandak river.

Saran-Muzaffarpur has a direct advantage

The work of the Bangra Ghat bridge over the Gandak River connecting SH-90 of Saran and SH-74 of Muzaffarpur started on 11 April 2014. It was targeted to be completed in April 2019 itself. But there was a problem of land acquisition and the deadline was extended till October 2019. But again the same problem arose and the next extension was till April 2020. But this timeline also fell to Corona and lockdown. But now a bridge costing about Rs 509 crore has been completed. With the commissioning of this road, there will be direct contact between Chhapra and Muzaffarpur.

The Bihata-Sarmera road, which is 92 kilometers in length, is also a major project to connect the rural areas of Patna, the capital of Bihar. A significant portion of its 66 km length is ready at a cost of about Rs 680 crore. The width of Dumri-Sarmera road is about 10 meters. It will also be inaugurated by Chief Minister Nitish Kumar on 13 August.